On July 27, a communication hotline between North and South Korea was restored. Pyongyang cut off the lines in June last year as a result of tensions being escalated between the two Koreas. This was primarily due to a failed summit between Kim Jong Un and Donald Trump in 2019 when the US President walked away from the meeting in Hanoi. The fruition of diplomatic relations between North and South Korea is heavily dependent on North Korea’s relations with the US as well. Over the past few decades, the main obstacles in further establishing diplomatic relations between the two have been international sanctions on North Korea and the US hostility.

The recently established communication hotline includes a fax machine and a landline. The landline will be used twice a day to discuss illegal ship fisheries in the West Sea (Yellow Sea) and prevent any accidental collision. On June 16th last year, 10 days after disconnecting the hotline, Pyongyang bombed the Inter-Korean Liaison building. The motive behind Pyongyang’s actions was their anger towards South Korean activists who were sending anti-regime pamphlets across the border. 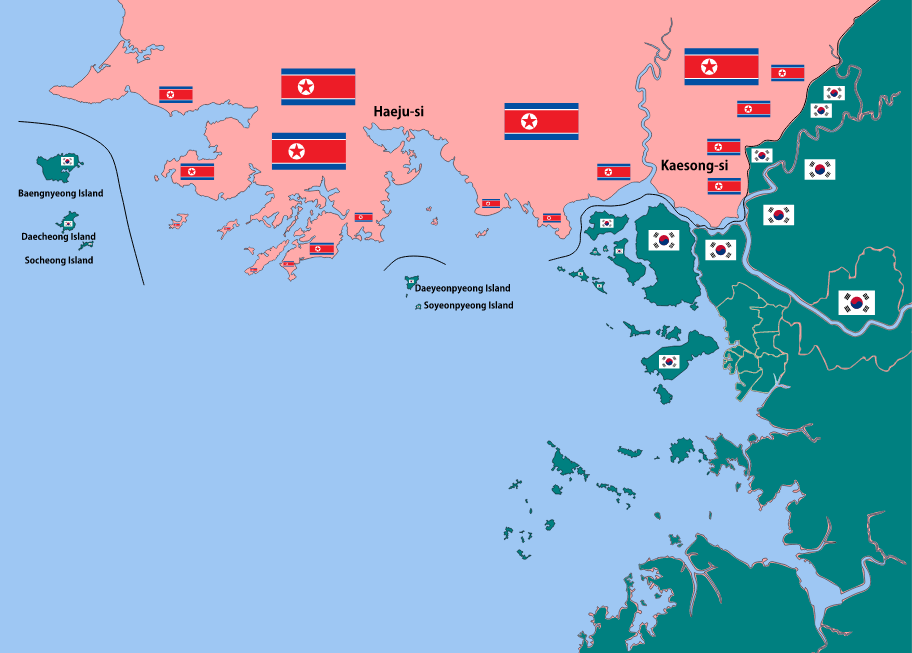 However, since April this year, Kim Jong Un and South Korean President Moon Jae-in have exchanged four letters regarding bilateral relations, and henceforth, the hotline was established. This news was extremely well received amongst the South Korean public and the likeability of the Korean President has also increased as a result. The South Korean Ministry of Defence stated that they plan on holding regular conversations on the landline twice a day and the Ministry of Unification will also be communicating. Additionally, both leaders announced that restoring the hotline will have positive effects on their relations.

Inter-Korean dialogue’s latest peak before re-establishment of the relations was 2018 where Moon and Kim met three times. In July, a South Korean news source reported that the two were discussing the possibility of a fourth summit conducted virtually. President Moon’s term will end in March 2022, and the largest competitor against his ruling Democratic Party will be the People Power Party. As of now, public sentiment is divided amongst the two. South Korean media show that the news of the re-establishment of diplomacy between the two Koreas is extremely popular.

If inter-Korean relations improve significantly during the remainder of Moon’s term, then he will have a better chance at being re-elected.

Fortunately, President Moon has a lot of time to kick things up a notch before the elections, and presidents before him have done so even when they had as little as two months left in their term such as the case with former President Roh Moo-Hyun in 2007. Nonetheless, North Korea may have been more open to inter-Korean relations now that the Trump Administration has left the White House. Kim Jong Un and Donald Trump did not necessarily have the best of relations. If this is the case, there is hope for the Biden Administration to conduct possible nuclear disarmament talks with North Korea.

Officially, North Korea claims that they do not have any coronavirus cases. To keep the virus out, the country closed its borders. This in addition to the sanctions placed on North Korea by the international community has caused vast food and supply shortages. In late June, Jim Jong Un publicly stated that there is a ‘tense’ food situation and said that the citizens should be prepared for an incident similar to the nationwide famine from the 1990s. North Korea has also not sent delegations to the Tokyo Olympics to prevent the spread of the virus.

Kim Jong Un also accused officials of negligence that “caused a grave incident that has caused a great risk to people and the nation’s safety”.

It is not certain what he means by this and due to internal affairs of North Korea being kept strictly secretive, it can only be speculated that there was an incident related to the coronavirus quarantine system. According to Sang-mi Han from BBC Korean,

“Kim Jong-un's comment may indicate a possible breach of the coronavirus quarantine system or that a new smuggling trade route at the North Korean-China border has been discovered. The fact that the expanded Politburo meeting was held 11 days after the plenary session suggests that the Covid situation is a serious challenge. The failure to disclose which of the five Politburo members were fired could be to minimize political divisions. But Mr. Kim's comment nevertheless indicates that North Korea sees the coronavirus situation as a critical matter that affects the nation's survival.”

The US and South Korea have offered coronavirus-related aid to North Korea, but the nation refused to accept help from the two. It is clear that the situation is dire in North Korea, and if there is a serious pandemic problem in the country, due to its lack of economic power, and medical supplies, it would be fatal to the nation’s survival. It could be that North Korea is preparing to receive foreign aid and vaccination from the US and South Korea, hence the re-establishment of diplomatic relations.

North Korea has been more known for its aggressive responses to Seoul. Particularly, when the US-North Korea talks fell apart in 2019, they took it out on South Korea. Likewise, North Korea blames South Korea for the international sanctions placed on them and this has caused huge setbacks on the relations between the two Koreas. In June, Pyongyang implied that they should prepare for confrontation and discussions with the US. As a result, the world can expect more initiatives from North Korea to improve relations with South Korea and the US, and to participate in the global economy. This can come to fruition unless the conservative People Power Party takes charge of the South Korean Government in the next electoral term, as the conservative party is more likely to take an aversive approach towards North Korea.

1.
Carlos Ghosn: I made my expertise through facing challenges that others don’t want to

2.
Will Lebanon catch a break?

3.
Are forex MLMs a pyramid scheme?

4.
Tug of war between Biden’s B3W and China’s BRI

5.
Marner turns over a new Leaf

The biggest turnaround of the automobile industry