Are forex MLMs a pyramid scheme?

Chances are you've scrolled past acquaintances who post photos of forex charts, strangers who send you bitcoin, and forex invites that claim it is a guaranteed method to make you a millionaire. These people belong to forex MLM (multi-level-marketing) companies and get paid by them for recruiting new people into their organization. Once enrolled you are provided with guidance and assistance from the platform to help you with forex trading. The high-earning members of the organization also hold scheduled Zoom sessions that tell you which trades to take at what time.

The foreign exchange market also known as forex is the largest financial market in the world. Forex is a legitimate income source and many of the highest earners in the world make their living via trading in the foreign exchange market. Even the global stock market is small in comparison to the forex market. In 2021, the forex market is worth 2.409 quadrillion USD, and approximately 6.6 trillion USD is traded every single day according to the Bank for International Settlements. For forex trading currencies are traded against each other in combinations such as JPY/USD (Japanese yen against the US dollar). Profit is made when the currency you bought moves up against the currency you sold. 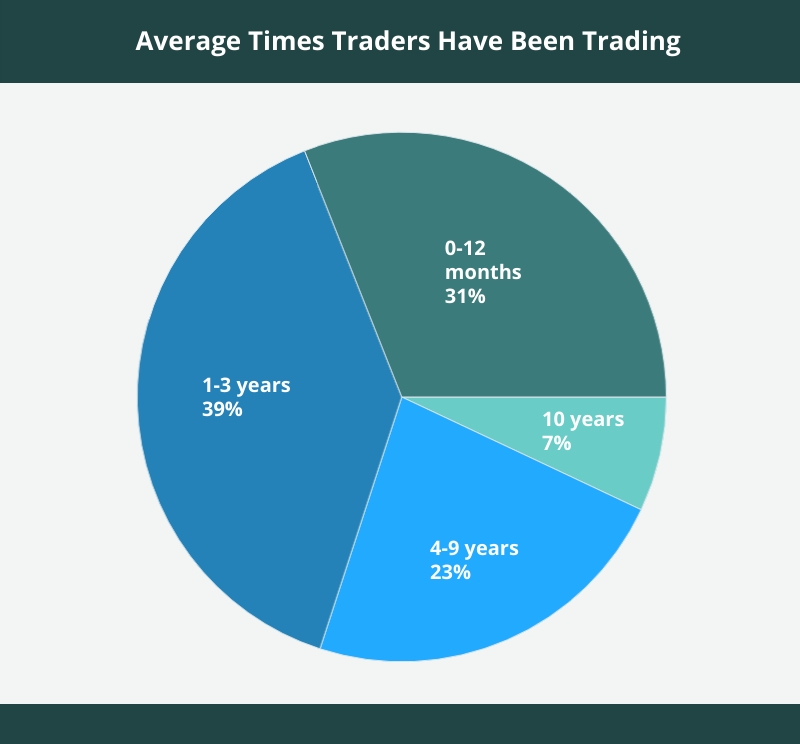 There are approximately 10 million forex traders in the world today with 3.2 million in Asia, 1.5 million each in North America and Europe, 1.3 million in Africa, almost a million in the Middle East, and 600,000 in South America. There has been a large increase in the number of traders in the world mainly due to MLMs (multi-level marketing companies) as only 7 percent of this 10 million are people who have been trading for over 10 years. The average length the traders have occupied the profession are as follows;

During 2020, most of these people joined forex trading due to its possibility of remote employment during the coronavirus pandemic.

MLM organizations such as IM Academy, ForexCT, Taurus Group, MIAX, and M1xchange are among the biggest educational trading platform providers and were responsible for the mass recruitment of new traders. They also teach how to increase your forex income savings with a compounded interest.

It is also fair to note that only 10 percent of traders make a profit from trading with an additional 10 percent breaking even and a staggering 80 percent of traders losing money in forex. Many people enter the forex market with unrealistic expectations such as earning a million dollars a month. This is propelled by the MLM which has been accused of being a pyramid scheme and a cult by former MLM members and critics. There is a divide in public perception when it comes to organizations like IM Academy on the marketing methods used to entice people to spend their hard-earned money on their platforms and forex. While most claim that it is a complete scam, some of the people that use the platforms’ resources as guidance for the trading claim that it is legitimate.

Some believe that the activities of these MLMs are illegal, but they do provide actual learning resources and they get away on a technicality that they are not responsible for the marketing methods employed by their traders as they do not have an employment contract with them. The easy money you can make from bringing in a fresh batch of recruits for the organization, on top of rapid globalization and digitalization, make mass advertisement of the platforms just a few clicks of a button.

‘Flexing’ culture and false promises are what the advertisers use to reel people in.

Individuals who are involved in the marketing aspect of the MLMs often show an inaccurate display of wealth and state that they have made all this money from trading. These methods put in place via the MLM have a deep effect on the psychology of the advertisers, traders, and recruits alike. The majority of those involved are not aware of the fact that they are using pyramid scheme-like methods to recruit people. The advertisers themselves originally begin at the bottom of the pyramid, usually after someone telling them of all the money you can make off the foreign exchange market.

Assuming the average person starts with 250 or 500 USD into their trading account and on top of it, they pay a monthly payment to their trading platform. On average, they charge about 300 USD per month. In IM Academy for instance, a person charges 500 USD per month and charges 324.94 USD for the first month. The price varies depending on how many added features you want and monthly promotional discounts for the recruits. Since only 10 percent of all forex traders make a profit, statistically speaking, the majority of the recruits would lose the money.

To a new trader who is losing money, any means of financial support to pay their monthly fee would be desired.

IM Academy for instance lets you waive your monthly payment if you recruit two new people under you. It is also beneficial for the trader if the people who were recruited under them bring in recruits as well. This is how the traders become marketers themselves, and the cycle continues.

Like with any new skill, it would take everyone a long time of studying and practicing in the forex market before they start making the big bucks. Those who are constantly losing trades and losing money get the mindset that everyone else is making money but them due to false representation by their trader counterparts. This makes the new trader more determined to funnel more money into their trading account and to waive their monthly fees and make extra money on the side, they start heavily shoving trading content down the throats of their acquaintances.

Professional traders and financial experts are often critical of the methods traders on the platform use, calling it gambling.

There are horror stories of people who spent their entire life's savings, took out loans, and changed the course of their lives to become traders and lost it all. Of course, trading is not easy, and it is not for everyone.

In all fairness, some of the people who are the largest anti-forex MLMs are the ones who were in it, who desperately believed in it, and lost much. In that case, it is not necessarily fair to blame the MLMs as they willingly signed up.

Christopher Terry, the Founder of IM Academy uses the panda symbolism a lot, and claims to be a panda because he is “black, white, and Asian”. IM Academy has been heavily criticized for trying to tailor to a young black audience. There are rappers on the platform that make songs about trading. Additionally, influential black pop culture figures such as Floyd Mayweather, Kevin Garnett, and Blac Chyna have co-signed IM Academy. However, it is not something that only IM Academy does. All MLMs use celebrity endorsement to market their organizations.

IM Academy for instance operates in 13 different languages. These platforms are not something that is just used in America, there are promoters in almost every country in the world targeting their population to start trading with their respective MLMs. This doesn’t mean that Christopher Terry is evil and that he built a pyramid scheme to take people’s money. Chances are he is someone who full-heartedly wants to help out lower-income communities and help them gain their financial freedom.

In an iconic promotional event, Christopher Terry held a funeral for brokenness in a dramatic skit-like performance and claimed that brokenness is the source of all problems. There was a black woman in the skit pretending to cry at the funeral held for brokenness and he was telling her to stop crying and celebrate life without ‘broke’. Another MLM has done something similar before the IM promotional event and displayed the funeral of ‘Joe Nobody’ who didn't accomplish anything in his life.

The promoters also use false emotions such as excitement in a strategic way to get people motivated. There has been a video of a paralyzed woman on a wheelchair who trades using her mouth, and an old woman who used all her money to trade and became extremely rich through it. They all chant the same slogan “If I can do it, so can you”.

It is all fun and games until the promoters start talking about how college is a scam and how 9 to 5 jobs are a scam. As a result, many impressionable young people have quit their jobs and schools believing that forex is the key to their lives. The advertisers, markets, and promoters are not actual employees. They make a commission off the number of people they bring in and the zoom calls they host. The institutional traders go on to say things such as “trust the system” and “I have lost money for x amount of time until I started earning”. This is probably true, but it is also sometimes an attempt to be relatable to the recruits so they keep being a part of the platform.

He said, she said, he said…

It should also be said that if making money through forex were as easy as they claim, then everyone in the world would have succeeded at it, and the platforms would not need any advertisements. It would sell itself.

Some institutional traders truly want to motivate people and help them make money through foreign exchange. Others deliver false promises and push them on people despite knowing they would lose money. Whether the MLMs and their training have been beneficial or not to traders, at the end of the day, people need to have a mind of their own. Just because some people say the MLMs are a pyramid scheme and a scam, it doesn’t mean that is the case. Likewise, people should also take what the institutional traders and marketers say with a grain of salt and understand that just because someone succeeded at it, it doesn't mean you will be a millionaire in the blink of an eye.

1.
Carlos Ghosn: I made my expertise through facing challenges that others don’t want to

2.
Will Lebanon catch a break?

3.
Are forex MLMs a pyramid scheme?

4.
Tug of war between Biden’s B3W and China’s BRI

5.
Marner turns over a new Leaf

The biggest turnaround of the automobile industry